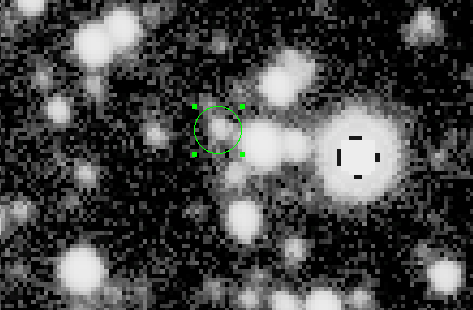 On Sunday 9 October 2022, at precisely 13:16:50, the most energetic flare ever observed on Earth was detected by the US satellites FERMI and SWIFT. This flare, called GRB 221009A (GRB stands for Gamma Ray Burst), is the signature of the gravitational collapse of a very massive star (over 20 to 30 times the mass of the Sun) into a black hole.

But this gamma-ray burst is absolutely exceptional because it released photons with an energy of 18 teraelectronvolts (an 18 followed by 12 zeros!), even leading to a disruption of long-range communications on Earth. Considering that this event was emitted at a distance of 1.9 billion light-years from Earth, in a galaxy located in the constellation of the Arrow, this makes GRB 221009A one of the most violent astrophysical phenomena since the formation of the Universe.

This phenomenon immediately triggered a rather remarkable observation campaign, involving considerable resources. Researchers from the Laboratoire d’Astrophysique de Marseille (LAM) actively contributed to this campaign, in particular thanks to the observation facilities of the Observatoire de Haute-Provence (OHP), the T193 with the MISTRAL instrument and the T120. Thanks to excellent coordination between the LAM and OHP teams, it was possible to follow this remarkable phenomenon for several days.

This observation prefigures the many discoveries to come from the SVOM satellite and its follow-up telescope, COLIBRI. The latter will have the task of detecting and studying these remarkable objects, namely the super gamma-ray bursts, from the middle of 2023. The LAM and the OHP, as co-leaders of SVOM and COLIBRI, will thus be able to continue to play a key role in this hunt, in which the MISTRAL instrument of T193 will naturally have its place.