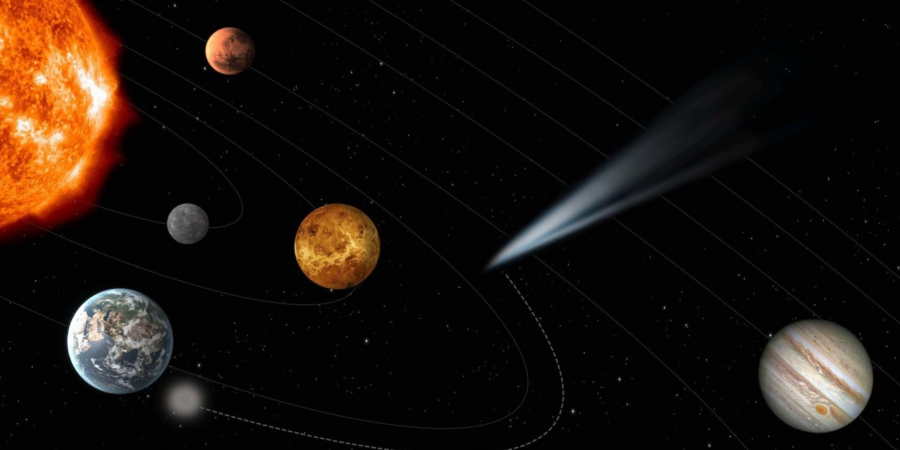 The Comet Interceptor space exploration mission, proposed by the European scientific community and pre-selected by ESA in 2019 to study its feasibility, was adopted on 8 June 2022 by ESA. It will be implemented in the coming years for launch in 2029.

Comet Interceptor can be seen as a descendant of ESA’s pioneering cometary missions Giotto and Rosetta. It is different, however, because it will provide the first simultaneous observations – from three different points – of an object outside the Earth’s environment, and because it will target a comet visiting the inner Solar System for the first time – probably from the large Oort cloud surrounding the outer reaches of the Solar System. This type of comet can only be observed a few years before it enters the inner Solar System, so one of the singularities of the Comet Interceptor mission is that its target has not yet been discovered, even though it has already begun its journey towards us.

Comet Interceptor will consist of three space probes. The composite spacecraft will wait patiently at a point in the Solar System (the Lagrange point L2) for a suitable target comet, and then travel together before the three space probes split up a few weeks before intercepting the comet. Its three spacecraft will then make simultaneous observations around the comet. Each spacecraft will be equipped with specific scientific instruments that will provide complementary information about the comet’s nucleus and its gas, dust and plasma environment, to understand the nature of a primitive comet interacting with the ever-changing solar wind environment. They will create the first 3D profile of a comet from the Oort cloud, containing material that has survived since the formation of the Sun and planets.

CNRS and CNES are fully involved in the Comet Interceptor mission through contributions to four on-board instruments, two of which are directly under French responsibility. CNRS is also responsible for coordinating the scientific modelling, which is crucial for the selection of the target comet. Astrophysicists from 10 French laboratories (LPC2E in Orleans; IRAP and LAPLACE in Toulouse; LAM in Marseille; LAB in Bordeaux; LGLTPE in Lyon; Lagrange in Nice; IMCCE, LESIA, LATMOS in Paris) are currently involved in the mission. The French contributions to Comet Interceptor illustrate the strong scientific and technical heritage acquired by the French scientific community with the successful previous cometary space mission Rosetta.

The Laboratoire d’Astrophysique de Marseille (Aix Marseille Univ, CNRS, CNES) provides the primary mirror of the CoCa camera. This camera is developed by the University of Bern, Switzerland, and will provide colour images of the nucleus and its close environment during the approach and flyby phase. These images will be used to better understand the origin of this comet and its evolutionary processes.